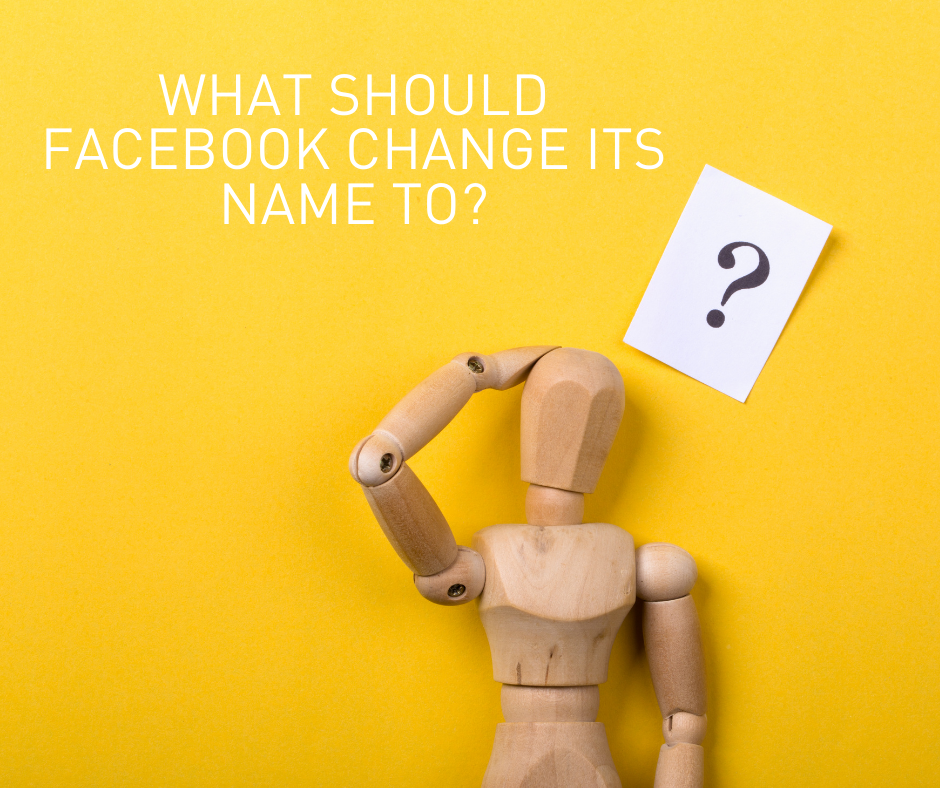 In an effort to rebrand itself, Facebook is looking to operate under a new name. Yes, another change. Why now? Mark Zuckerberg and the team want the world’s largest social media platform to be known for more than just social media. Zuck’s focus on the metaverse reflects his efforts to combine virtual and augmented reality technologies in a new realm. Meaning, users can interact with one another in real-time. Examples include virtual meetings, virtual hangouts, and even walks to the coffee shop.

By now, we all know Facebook has not had the best reputation. From a negative influence on body-conscious teens to the former Facebook employee Frances Haugen testifying against her former employer, it is not surprising the mega-social network would clear its name. Facebook has aggressively denied claims of using the platform to spread hate, phrasing them as “misleading.”

Zuck has not confirmed the name change but will be speaking at the company’s annual Connect conference on October 28th. We should expect to hear more about his plans and upcoming changes. We already know about the dedicated metaverse team, and Andrew Bosworth was named head of AR and VR.

So what does this mean for you, and should you care? If you are a business owner and use the platform to reach your audience, there is no need to worry. Facebook is nowhere near removing advertising and is making it easier for advertisers to use the platform. As a social media company, it is our job to stay updated on all changes. MILE Social will ensure your business follows all social media protocols, including Instagram, which Facebook also owns. No matter what Facebook does, it’s here to stay in some way, shape, or form. It is still an excellent way for companies to reach their audience, and MILE Social can do this for you. Contact us for a free social media assessment.

This Article Was Written By Courtney Kwiatkowski

Courtney combines her passion for Social Media and expertise with over 10 years of project management. As the Director of Social Media for MILE Social, Courtney oversees the social media platforms for every client. From strategizing, to content creation, to analytics, Courtney ensures MILE Social's clients turn their audience into paying clients.

Get A Free Quote

For the most part, yes, everything you put out on social media is public information. The only time someone does not see what you write is in a Direct Message, or Private Message. Only the person involved in the the Private Message can see what you are saying. This feature is good for contacting a customer directly so your conversation remains private.

Geotargeting is when certain people within an area are targeted. Geotargeting is important for brick and motar companies to use because they usually serve a particular radius from their physical location. Smaller businesses that serve a specific audience can also benefit from geotargeting, and can generate more foot-traffic to their location.

Each platform has it’s own way to target an audience. Twitter uses Hashtags and URL’s. Instagram uses Hashtags. Facebook has hundreds of options to choose from such as behaviors to choose from, location, and interests. Your account manger will go over who your target market is and any keywords that should be used and use them accordingly.